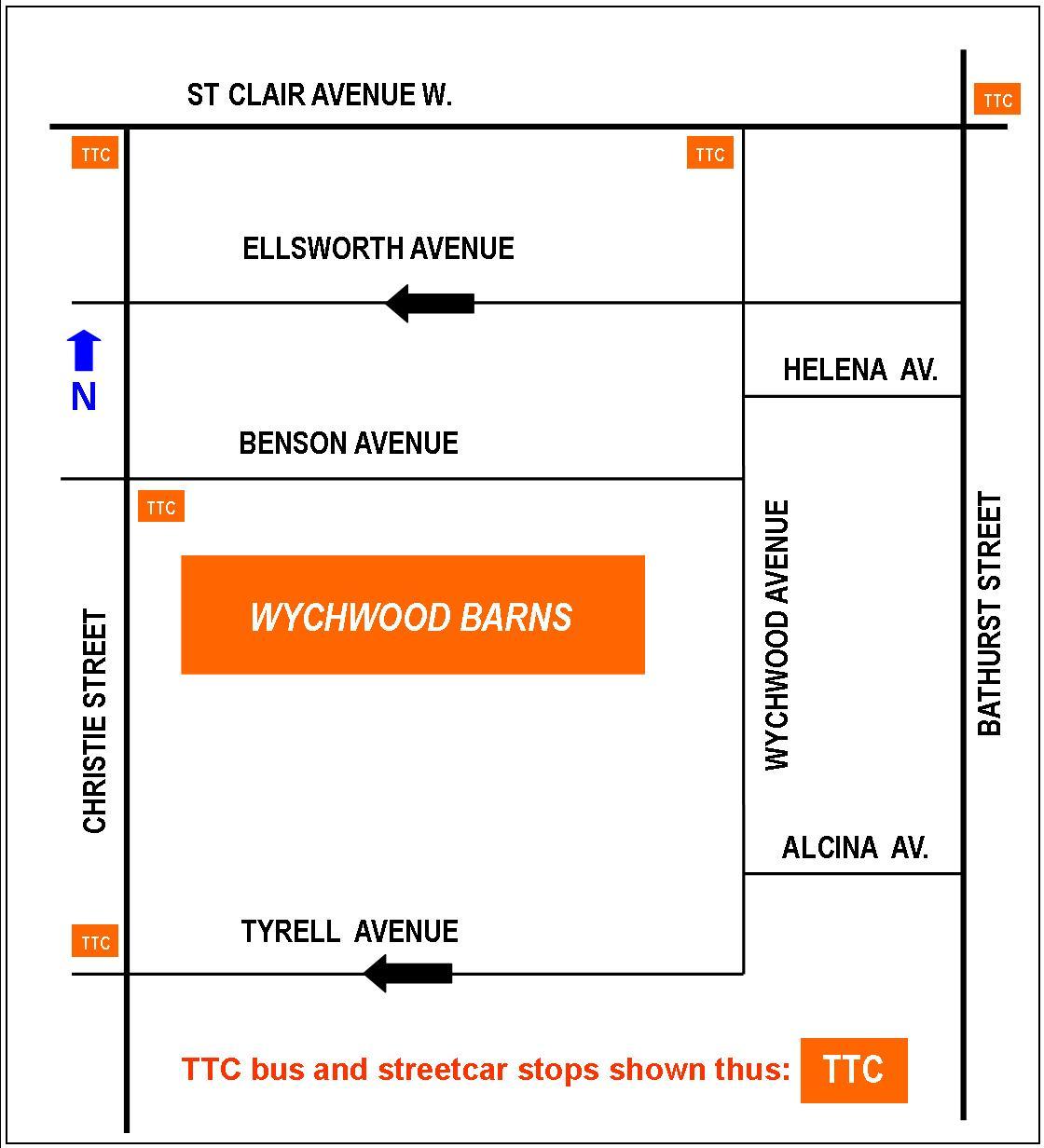 The GTA’s top old paper and antiquarian book show has settled in to its new location, in mid-town Toronto. The Old Book and Paper Show sets up in a bright, easy to access and historic facility at Artscape Wychwood Barns. Make sure to get out to the April 6, 2014 show. New dealers, lots of great stock, plus great dealers in vintage rare and antiquarian books.

Admission: $8, no charge to children 12 and under

Find more details at the show's website: The Old Book and Paper Show

The GTA’s only old paper and antiquarian book show has settled in to its new location, in mid-town Toronto. The Old Book and Paper Show sets up in a bright, easy to access and historic facility at Artscape Wychwood Barns. Make sure to get out to the April 6, 2014 show. New dealers, lots of great stock, plus great dealers in vintage rare and antiquarian books.

Admission: $8, no charge to children 12 and under

Collectors and dealers in old paper and books get together for the biggest one-day ‘vintage print-fest’ of the year.

“I really enjoyed the show, from the old repair and maintenance manuals to the advertising. I particularly liked browsing the books and magazines I used to read, like the Hardy Boys and LIFE.  I could have spent hours more at the postcards – the messages on the back give a little snapshot of life ‘back when’ “.  Tony R, Orangeville

“The show a lot of fun… loved the old posters, books and photographs… there’s something for every budget, too.  I loved looking through the old postcards, the vintage illustrations as well as the messages.  Looking forward to the next show!”  Susan R, Orangeville

Select Preview of the April 2014 show:

Steven Evans Vintage Photography, Toronto Steven is a passionate collector and dealer in vintage photography and is always on the lookout for exceptional vintage images from around the world. At Wychwood, he’ll have the usual excellent selection, including these vintage European and Asian photos.

Papillons
Unknown maker
albumen print
c. 1890(from an album made by an amateur entomologist)

Smart collectors know to check out Tom Keeling whenever he shows up at Wychwood. Tom has been collecting (some would say hoarding) collectible paper for more than 40 years. He has stated that he has no idea now of what long-ago-finds he has stored in his large shop. He does know that there are hundreds of boxes filled with antiquarian books, posters, and ephemera. The photo shows Tom, head down, organizing a box of old paper at the spring Wychwood show.


Dave and Sandy Moore, Waterloo, ON
“Postcards are my game…local cards my fame…usually” So says Dave Moore, and he’s always digging for cards of local interest or social history. “Not unlike many post card dealers who affirm that the train station, the parade, the local lads’ hockey team all rank among the most sought after views from the ‘Golden Age of Post Cards’ (1905 – 1915); we are also aware of the great achievements by the manufacturers of that era. Some are simply wonderful representations of the lithographer’s art, some are curious contrivances. They might be lumped into the ‘Novelty’ genre. So, at Wychwood we will present some gems we recently found.”

“The first 2 are the ultimate artwork of Ellen H. Clapsaddle and copyrighted 1911 by International Art. Publ. Co.
A) This little girl will move an arm and the jack-o-lantern masque to reveal a pudgy face
B) A little black boy does the same for Halloween thrills.
Both cards survive in A-1 mechanical condition, and incredibly, B also bears post office cancels.

Card C, another mechanical-type inspiration has this chappie whose eyes still roam 109 years beyond his copyright. Tap the tab for proper performance.

Card D is a Hold-to-light example. HTL’s represent a zenith of the publishing efforts of post card entrepreneurs. This ‘Transparograph’ is from England. It even boasts a patent number. Best-ever of HTL?

In the world of Deltiology can many surpass these? Undeniably desirable a century later.”


Investment Consulting Services International, Chris Schwendinger, Toronto and Havana. I will be advertising at the show that I am there to both buy and sell. I am interested in buying any ephemera from around the world.

“I have been a dealer in Rare Ephemera, signatures/autographs, documents, comic books, trading cards… for over 37 years now. I have a B.A. in Spanish from the University of Toronto including studies in Cuban History and I continue my studies of Cuban, Spanish and also Chinese history on a daily basis. I am constantly examining rare documents and autographs. I live both in Havana, Cuba and Toronto, Canada. I am also well-qualified to determine the difference between original and reproduction ephemera pieces with relative ease. I am also a consultant to various American Universities as regards rare Cuban and Chinese documents. I have also been a member vendor of Ebay in good-standing for about 15 years. My studies in Cuban and world history continue on a daily basis – this is my passion!”

At Wychwood, I will have Fidel Castro original signatures, 19th
century Chinese slavery contracts (from when the Chinese were enslaved in Cuba), contracts written in Spanish, signed in Chinese, rare photos etc.

Grant St. John, West Lorne, ON “Originally a collector of sporting ephemera, which is still a specialty, Grant’s interest has expanded. At Wychwood, Grant will be displaying Agricultural, automotive, entertainment, and history pieces, plus a large selection of vintage advertising and more.” Grant has set aside for Wychwood several items, including:

This hardcover edition is not in mint condition. But, it is in good shape compared to most that are found at auction.
The inside pages are clean with no writing, apart from the original owner’s stamp inside the back cover.
The cover shows wear, But as you can see from the photo, it is quite presentable.
- $100

The Book Not Mad, Midland, ON, deals in a variety of subjects, with an emphasis in history, Canadiana, ephemera and occasionally the unusual.


Ron Good, Port Hope  “I sell old advertising.  Mostly single pages from long dead magazines.  The reference to “Life Magazine” is only to let people know the usual dimensions of the ads.  Most folks know the page size of “Life”. But many other mags used the same size page. I am constantly amazed, and delighted, at the scope of peoples’ interests.  Some want ads relating to a former occupation, of the occupation of a parent/grandparent.  People look for every topic under the sun from aircraft through birds, cats, dogs, boats, Canadiana, the Dionne quints,   to perfumes, railways, Jewish themes, radio/television, movies and on  to world’s fairs, World War 2 and Wurlitzer.  And I can’t miss the VW bug!

For April, I plan on having a particularly large stock of movie ads and Coca-Cola. Also a number of Rolls-Royce showroom posters.”

John Parr, Murdo’s Books, Etobicoke “Our focus is on Canadiana including a good selection of books by or about  members of the Group of Seven (including signed copies), Military Books, Original illustration art by Robert E.  Lougheed, Original signed comic strips of the beloved Herman by Jim Unger,  Vintage Photographs including Original Large Format B&W Photo’s from the U of T Hart House Camera Club Shows from the 1930’s….“For the spring show we are featuring a large collection of Pinup Magazines, Calendars and Mutoscope cards, featuring Marilyn Monroe and Art by Vargas, Earl Moran, Gil Elvgren as well as Vintage Photo’s, Real Photo Postcards, Signed Classics + Canadiana!”

“I should have about 15-20 land grants for this show. Below are four examples with brief description and a reference photos with item numbers for each of the four.”

#4688; 1836 Military Land Grant to William Markle of the Township of Flamborough West in the County of Halton in the District of Gore

#3114; Province of Canada Land Grant to Alexander Johnson and John Johnson of the Town of London in the district of London

For more info go to www.LDRB.ca

Jason Rovito, for paperbooks.ca, Toronto “We’re nostalgic for the XIXth century—when paper was printed by steam & the city sweat it out. In particular: we’re interested in popular culture and communications from Europe and the Americas (1789 to 1929). Our specimen: Manual Art with the Scissors, by Mary L. Moran (State Critic Teacher, Providence, R. I.), published by Milton Bradley Company, 1907. With an epigraph from Emerson: “The conscious utterance of thought, by speech or action, to any end is art.”

Attic Books, Marvin Post, London, ON – Wide range of decorative ephemera, specializing in postcards, autographs, maps and prints, photographs. Some of the interesting and fabulous things Attic Books is bringing to the Old Book and Paper Show: 1.     Stereoview cards: Marvin has about 2000 of them that he is going to bring along. At $2.50 each. 2.     Bodyscope: It is a one fold diagram with revolving wheels of the human body. The second and third pages show a man and a woman. The wheels show the abdomen at the various layers. Created by Ralph and Theo Segal. $400.00

Gadabout, Victoria Dinnick, Toronto “Gadabout loves ephemera of all kinds. We have everything from old TTC tickets and airline schedules to school size wall maps and vintage advertising standees. Vintage travel posters and political bumf also figure in the mix. Gadabout is travelling to some European markets in February and MArch and will be bringing back some paper treasures from there. Old diaries and maps are a sure bet.”

Wychwood Barns is one of Toronto’s newest event venues. In 1913 the Toronto Transit Commission built the structure in order to be able to service its fleet of streetcars. It functioned for many decades before becoming redundant. A major renovation was undertaken over the last few years, transforming the barns into a magnificent community resource. Reopened in 2008, it is now home to art galleries, artist studios, a regular farmers’ market, and more. The centrepiece of the complex is the ‘Covered Street’, a 200 foot long room, formerly used to overhaul streetcars, but now a spacious event facility. Industrial-chic is the design theme, exposed red brick walls, a wonderful end-to-end glass skylight forming a roof, vintage TTC photographs on the walls. In short, a perfect venue for our Old Book and Paper Show.

Wychwood Barns is at 601 Christie Street, west of Bathurst, south of St. Clair. It occupies a block between Christie Street on the west and Wychwood Avenue on the east. Parking is extremely limited at Wychwood Barns, in compliance with the building’s environmental LEED certification. As such, visitors should consider taking public transit to the site. St. Clair streetcar #512 runs along St. Clair and connects with St. Clair West Subway station. Christie bus #126 runs from the Bloor Subway station north on Christie and stops at the door. Bathurst bus #7 is two blocks east of the barns and runs from Bloor Subway line north on Bathurst.